I've come up with a list of party games for girls that are perfect for a girls only party.

Sometimes birthday parties are a "Girl zone ONLY" affair. And why not.. Maybe it is a birthday party or even a sleepover or maybe the girls just want to have fun. 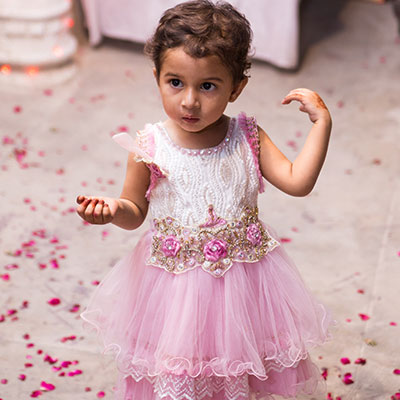 Get ready for some Ugly Bettie's! Split into pairs and give each pair a bag of makeup consisting of lipstick, blusher and eye shadow. Blindfold one person in each pair. The person who is not blindfolded sits on a chair in front of the blindfolded person. Now it is the job of the blindfolded person to apply makeup to her partner. You can set a time limit or take as long as you want. It is more fun if only one pair does it at a time whilst everyone else watches....or rolls on the floor laughing.

Afterwards hand the pair a mirror so that they can see how "beautiful" they are. And take some photos!

Everyone sits in a circle. Give each player 6 small pieces of paper (about the size of a matchbox) and a pen.

On the first piece of paper, each girl must write down their name, then fold the paper and put it in a bowl. On the second piece of paper, everyone must write down a career or job.  They then fold up the paper so that no-one else can see what they  wrote and then put them in another bowl. You want to have each set of papers in a separate bowl. On the third piece of paper, everyone must write  the name of a boy that they know (and perhaps like 😉 and again collect up the pieces of paper. For the fourth paper write down a place. It could be a city, town or country or even a restaurant, bowling alley, behind a tree and so on. For the last 2 pieces of paper write down what he said to her and then what she said to him.

At the end of all the writing, each person takes it in turns to draw out one piece of paper from each bowl and then has to read out the scenario. So for instance it might be: Sasha became a pilot and then she met Jason in a candy store. He said to her, "I've got smelly feet" and she said "wow, you're my hero"!

#3. PARTY GAMES FOR GIRLS - WOULD YOU RATHER

This game will show you what your friends are really like, that is unless you know them so well already!

Before they answer, all the other players must guess what their answer might be. If they think it will be the first question, then they lay their card with #1 in front of them. However keep the card upturned so that no-one can see which number it is. When everyone has done this, the person to whom the question was asked, reveals which she would rather do. Whoever guessed correctly gets a point or a piece of candy.

Then it is the turn of the person who was just asked the question to now ask a "Would you rather....." question to someone else. At the end of the game, see who has the most points or candy.

Get a large inflatable beach ball and have everyone write questions on it with a marker pen. Use a marker pen that won't smudge or use one that has permanent ink in it. The questions could be things such as:

This game is actually good for boys and girls but you can adapt it depending on who is coming to your party.

You will need lots of balloons and lots of small prizes. These could be pieces of candy, friendship bracelets, coins, basically anything small that you can shove inside a balloon. Place a prize inside a balloon and then blow it up and tie it. Repeat for all the prizes and balloons. Tie up all the balloons in a big sheet to stop them all flying away. When you are ready to play, lay the sheet and the balloons on the floor and get everyone to stomp on, the balloons and to collect what is inside them. If you want to use chocolate, that may get crushed so instead place a small piece of paper inside the balloon which "choc" written on it. You can then hand out the chocolate separately.