Theses pen and paper party games are great for a teen party and are good for getting to know each other or maybe you might learn something about someone you thought you knew well! 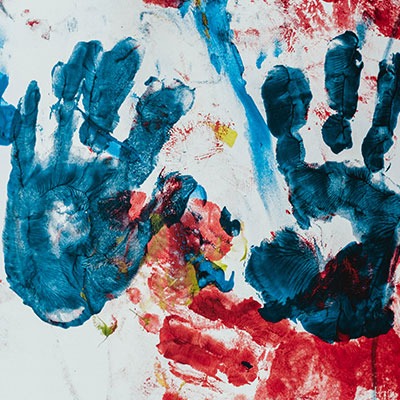 The games below were submitted by visitors so if you have any great pen and paper party games or in fact any other birthday party game, then why not SUBMIT IT. The best ones gets published on this website!

What you Need:
Equipment: Paper and Pencil

How to Play:
Everyone playing gets a piece of paper and a pencil. Each person writes down a question that starts with "What If" such as: "What if the sky fell?". Then all of the papers are collected. Then they are handed back to a different person so that each player has someone else's question. Then everyone answers the question that is on the page. (So, if someone got "What if the sky fell?" they could answer: "It would be the end of the world". Then papers are collected once again. And handed back out to a different person. Now, the fun begins.... 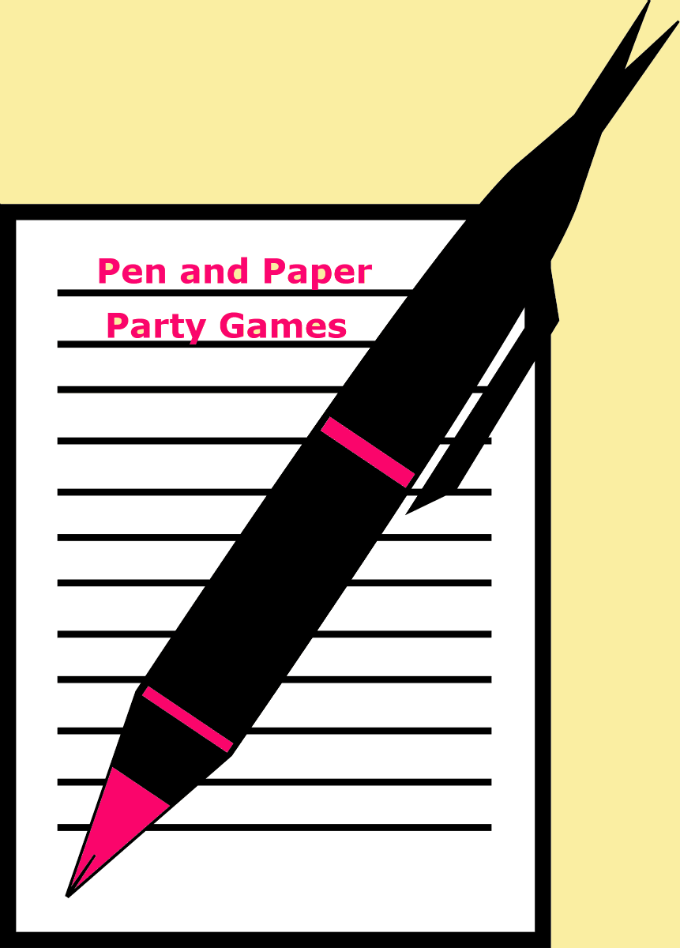 What you need:
For this game, you need two players or more. But more players means more fun and crazier results.

How to play:
Sit all the players in a circle, and give everyone a pen and paper. Everyone writes a boys name, but it mustn't be a made up person. You can write a friend's name, a celebrity's, a cartoon characters, anyone.

Fold the paper so the name is covered and pass the paper to the person on your left. On your next paper you write a girls name. Like before, you fold the paper when done and pass it left.

Pass the paper one last time and unfold the one you have. (It's always better to put down someone you know!) Everyone gets a chance to read it out, and this game brings a lot of laughs.

Here is an example using one we made last year:
If my final paper said:
Erica
Isaac
Burger King
Hey, looking gooood.
Come here sugar lips.
In the end they got married, had two kids and after four years they divorced,

This is how I would read it out:
Erica met Isaac at Burger King. Isaac said to Erica, 'Hey,looking gooood.' Erica said to Isaac, 'Come here sugar lips!' In the end they got married, had two kids, and after four years, they divorced.

This game is great but best played with people who you are mutual friends with.

What you need:
Pen and paper for each pair playing

How to play:
Get into pairs and give one person from each pair a piece of paper and a pen. They them must write 1-10 down the side. The other person then has to name 10 people - it can be anyone - boys, girls, teachers, famous people, whatever, but some have to be people they like and some they don't like.

The person with the paper writes them down in a random order next to the numbers, but doesn't let the other person see.

The person with the pen has to ask questions, like 'who would you marry?' or 'who would you throw a custard pie at?' They can be as funny or as rude as you want, but remember to include some good and some bad! The other person has to say what number they would do that action to, for example if I asked, 'who would you go on a date with?', they might say 'number five' and I would write 'go on a date with' next to the person's name next to number five, who my friend doesn't know who it is.

Once all the numbers have been filled in, let the other person see the sheet. They have to tick the actions they would actually do and cross the ones they wouldn't. For example if 'kiss' was next to their crush they would tick it. They then count up the number of ticks and the person next to that number is their soul mate!

What you need:
Paper, pen for each player

How to Play:
Come up with questions about yourself and create an answer sheet. Give each player a paper and pencil. You then ask them the questions and they will write down their answer according to how well they know you. Ask each question one at a time. After they're done with their answers you can reveal the true answers. Tell the players to keep score of which questions they got right. For each question, if the person gets it right, they get 10 points.

Whichever person gets most points, gets the BESTIE award 🙂

What you Need :
Pen and Paper - enough for each player.

How to Play :
This game is better played with a large group of people. Have everyone sit down in a circle with a sheet of paper. That sheet of paper is for the players to write down what they want the person on their right to do. For example it could be: Pretend to cry like a baby, blow a kiss at the person in front of you, sing a Justin Beiber song. When they are done writing it, they must then pass the paper to their right.

Let everyone get hyped up about doing the task, then after a minute or so, tell them to switch back and give the sheet of paper to their left. That means they will be doing their own task! They then have to perform that task.

What you need:
Paper and pencils

How to play:
Issue each person with a pencil and paper. Players then call out letters in turn (up to about fifteen) which everyone writes down in a column on their paper (one letter below the other).
The aim of the game is to then use those letters in the order written down to make a sentence with each letter being the start of a word. After one minute each player reads out his sentence and the one judged to be the funniest is the winner.