Treasure Hunt ideas are easy ways to add fun to a kid's birthday party. In fact a treasure hunt game is my favorite party game! 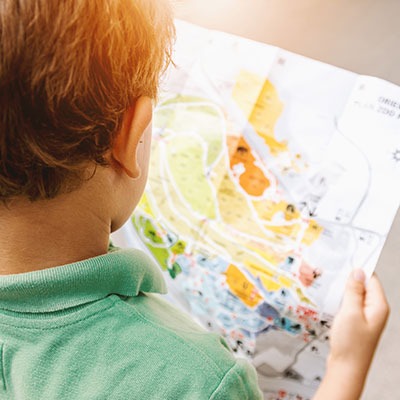 Why? Because treasure hunts are so adaptable and everyone loves the thrill of the hunt for the grand prize. They are one of the easiest and most popular kid's party game to organise at a party and what is exciting is that the treasure hunt is different every time.

The treasure hunt ideas can be adapted to your party theme and it can be played indoors or outdoors, with big kids, little kids, adults (it's amazing how competitive they get!), with big groups, small groups....you get the idea.

As with all party games, you need to adapt the rules/clues to suit the age of the participants.

This is the order in which to plan the kid's treasure hunt: 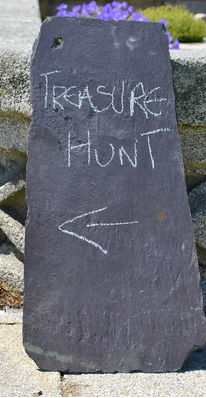 There are lots of different types of clues for a treasure hunt and you can use a mixture or just go with one clue type. The main treasure hunt clues are: 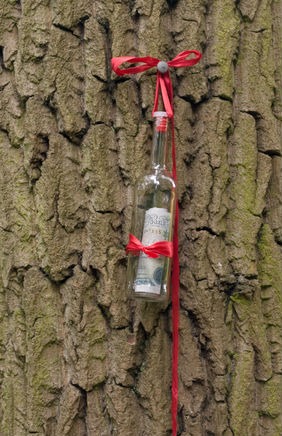 STEP BY STEP GUIDE TO THE TREASURE HUNT CLUES

Now the fun starts! The easiest way to organise the clues is to start backwards from where you want the treasure to be hidden.

To get started, you will need some treasure, pen, small pieces of paper to write the clues on. Plus arm yourself with a little notebook so that you can take notes of where you have hidden everything and what the clues are. Believe me it is easy to forget!

Choose a spot to hide the treasure.

Let's assume you are going to have 10 clues. While standing over the spot where you have hidden the treasure, write a clue that would lead the kids to this spot.

Example: The treasure is hidden under a plant pot. The clue could be:
"You may go potty when you read this clue, but a bloom of color is waiting for you".

Take CLUE #10 and find a hiding place for it, away from the treasure. Make a note in your notebook of where you have placed the clue.

Place the clue in your hiding spot and at that spot, write CLUE #9.

You repeat the same process for the second clue as outlined in step 3. So find a hiding place for CLUE #9 (don't forget to write its hiding place in your notebook) and then while there, write CLUE #8.

Once you are down to CLUE#1, do not hide this clue. This will be the first clue that you give to the players.

If you have a small group of kids then they can all play together as one team. However what if you want to split the kids into two or more teams? This takes a bit more organising but is perfectly doable.

Let's imagine you are going to have 2 teams for the kid's treasure hunt. Give each team a color. For each clue that you create, put the clue in a colored envelope (or use a colored sticker on the envelope) to match the team. So for 2 teams, you will have 2 of the same clues each in a colored envelope.

In order to stop the kids all descending on the first hidden clue all at the same time, it is a good idea to change the order of clues for each team. So just follow the steps above again but this time place one teams clues in a different order. Make a note in your notebook!

I found this pirate treasure hunt on YouTube and thought it was an excellent way to set up a treasure hunt. This has lots of treasure hunt ideas and the kids burned off a lot of energy.