Check out these yummy party games submitted by our readers! Have an idea yourself? Why not submit it? 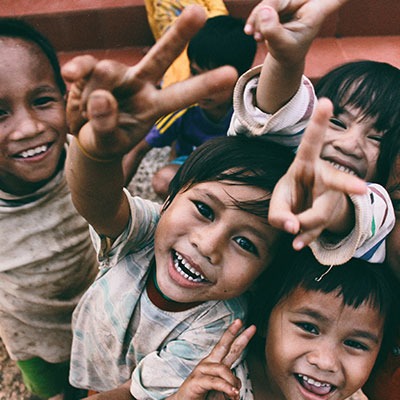 Place a block of chocolate on a plate and put in the middle of a circle full of kids. Also put a pile of clothes on the floor too. 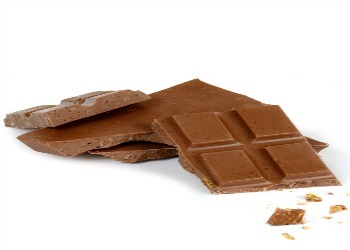 The kids then take turns rolling a dice - they roll it and then pass it on to the player sitting to their right.

The aim is to roll the number 6. If you get a 6 you have to quickly get up and put on three items of clothing (you put them on top of your real clothes) and then try cutting some chocolate with a knife and fork.

If you cut a piece you get to eat it. Whilst the person is trying to cut and eat the chocolate, the others must continue to roll the dice and try and get a 6.

If someone gets a 6, the player with the knife and fork must stop immediately and pass the cutlery to the player who just rolled a 6.

The last player who rolled a 6 must then put the clothes on and try cutting some chocolate before someone else rolls a 6.

And so the game goes on till the chocolate is finished!

Sit the kids in a circle and give each a paper plate.

In the center of the circle have a big bowl of Rolos.

The kids take it in turns to roll the dice.

They must throw a 1 to start and then they can place one Rolo on their plate.

Once they have their first Rolo on their plate, they must then try to build a Rolo tower depending on what number they roll.

If their tower falls over, they are out of the game but they get to keep their Rolos.

The first person to build a tower of 6 Rolos is the winner.

This is just a silly game of luck.

The children sit in a circle (if you have large numbers you will need more than one circle).

In the middle of the circle is a small table with a large wrapped bar of chocolate, a hat, a pair of gloves, a scarf and a knife and fork. You will also need a die.

The children take turns to throw the die into the circle. As soon as someone throws a six, he/she goes to the table puts on each item and tries to open the chocolate with the knife and fork.

Meanwhile the die is still circulating and being thrown. If another 6 is thrown the person in the middle must relinquish his/her role and the new six thrower takes over.

Sometimes the turn will be very short and others longer. If it is a long turn you can eat some chocolate.

If you want the game to last longer add the rules that only 1 square can be eaten during a turn and it must be pierced with the fork.

The game is over when all the chocolate has been eaten.